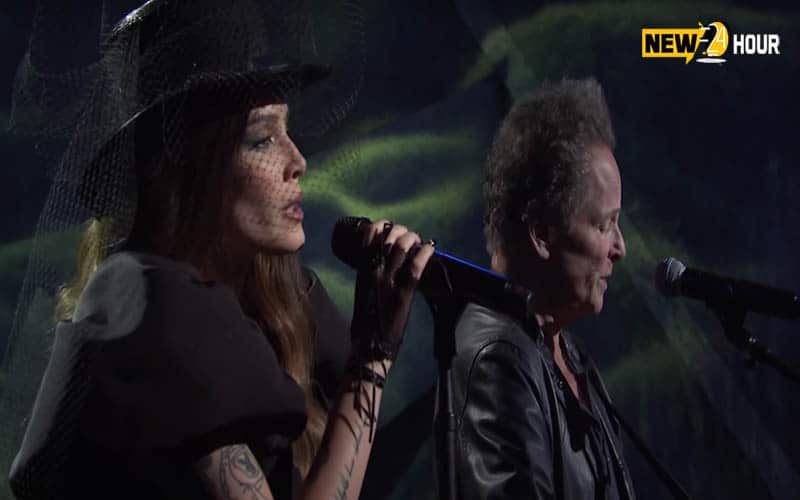 During the Kim Kardashian West-hosted program, Halsey performed “I am not a woman, I’m a god” live.

Halsey performed “I am not a woman, I’m a god” and “Darling” from their latest album If I Can’t Have Love, I Want Power on Saturday Night Live this week. For the final track, Halsey had Lindsey Buckingham on guitar (Buckingham also appears on the album version of the track). French filmmaker Michel Gondry, who acted as the segment’s creative director, is responsible for the sci-fi style of Halsey’s “I am not a woman, I’m a god” performance. Kim Kardashian West served as the host for the last show, which aired on Sunday. Here are some of Halsey’s live performances.

During her introductory monologue, Kim Kardashian West made several jokes about her famous family, including Kanye West, who was mentioned several times. During a sketch named “The People’s Kourt,” Kim portrayed her sister Kourtney, and Chris Redd reprised his role as Kanye. Mikey Day appeared as Travis Barker, Pete Davidson impersonated Machine Gun Kelly, and Halsey took on the role of Kendall Jenner.

In August, Halsey released an hour-long video counterpart to their fourth album, If I Can’t Have Love, I Want Power. It was directed by Colin Tilley. Young Thug will perform with host Rami Malek next week on Saturday Night Live, and Brandi Carlile and Jason Sudeikis will appear on October 23.