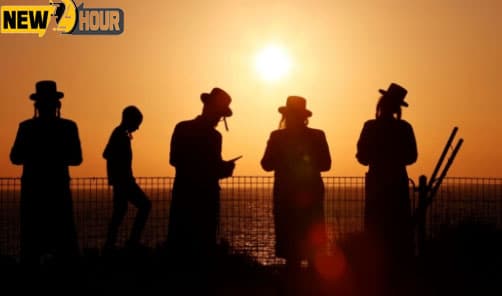 Yom Kippur this year starts on Wednesday, September 15th, and concludes on Thursday, September 16th.
This week is Yom Kippur, one of the holiest days in the Jewish liturgical calendar, and most Jews will be required to fast.

But why is the fast 25 hours long, and how is it observed? Everything you need to know is right here.

What are the hours of fasting?

Yom Kippur this year starts on Wednesday, September 15th, and concludes on Thursday, September 16th.
You must begin fasting at 7.01 p.m. on the 15th and end it at 8 p.m. the next day.

Because the fast must begin and finish at sunset, it lasts 25 hours; the additional hour provides for some flexibility in determining when darkness occurs.

In the Jewish religion, Shabbat, the weekly Sabbath day that runs from sunset on Friday to sunset on Saturday, is observed in the same way.

The 10th day of the Jewish month of Tishrei is Yom Kippur (September or October in the Gregorian calendar).

It marks the end of the Days of Repentance, also known as the Days of Awe, a 10-day time of reflection that begins after Rosh Hashanah, the Jewish New Year, which commemorates the beginning of the world.

Why do Jewish people fast on Yom Kippur?

Yom Kippur is the Day of Atonement when Jews reflect on the previous year and seek God for forgiveness for any sins they may have done.

Fasting has been practiced since Biblical times as a means of meditating on one’s misdeeds.

“The goal of fasting is to prompt repentance, and genuine repentance results in a change of behavior. Repentance without fasting, on the other hand, is insufficient,” Jewish educator Aliza Bulow told Aish.com.

Anyone who needs to eat for health reasons will not have to fast. Also excluded are children under the age of nine.

According to the Jewish website Chabad, “the same Torah that instructs us to fast on Yom Kippur also teaches us that protecting our health is much more essential than fasting on this holy day.”

The roots may be traced back to Moses’ narrative, which took place following Israel’s escape from Egypt.

God handed Moses two tablets carrying the Ten Commandments when he ascended Mount Sinai. People should not worship anybody other than God, according to the first commandment.

Moses, however, discovered the Israelites worshipping a golden calf as he descended the mountain and smashed the sacred tablets in rage.

On the 10th day of Tishrei, which became known as Yom Kippur, the Israelites atoned for their idolatry, and God pardoned them.

How else is Yom Kippur celebrated?

On Yom Kippur, most people don’t work or attend school.

The synagogue is where I spend most of my day, where I attend five different prayer sessions (instead of the traditional two). Maariv, Shacharit, Musaf, Mincha, and Neilah are the names of these services.
On the eve of the festival, Maariv involves the recitation of a prayer session known as Kol Nidre.

The Neilah ceremony and the sounding of the shofar, an ancient instrument, signal the end of Yom Kippur and the end of the fast.

People typically break their fast and rejoice with a family feast after the ceremony.

During the day, it is traditional to wear white as a sign of purity.

In the days preceding up to the festival, some Jews make charitable contributions or volunteer their time as a means to atone and seek God’s forgiveness.